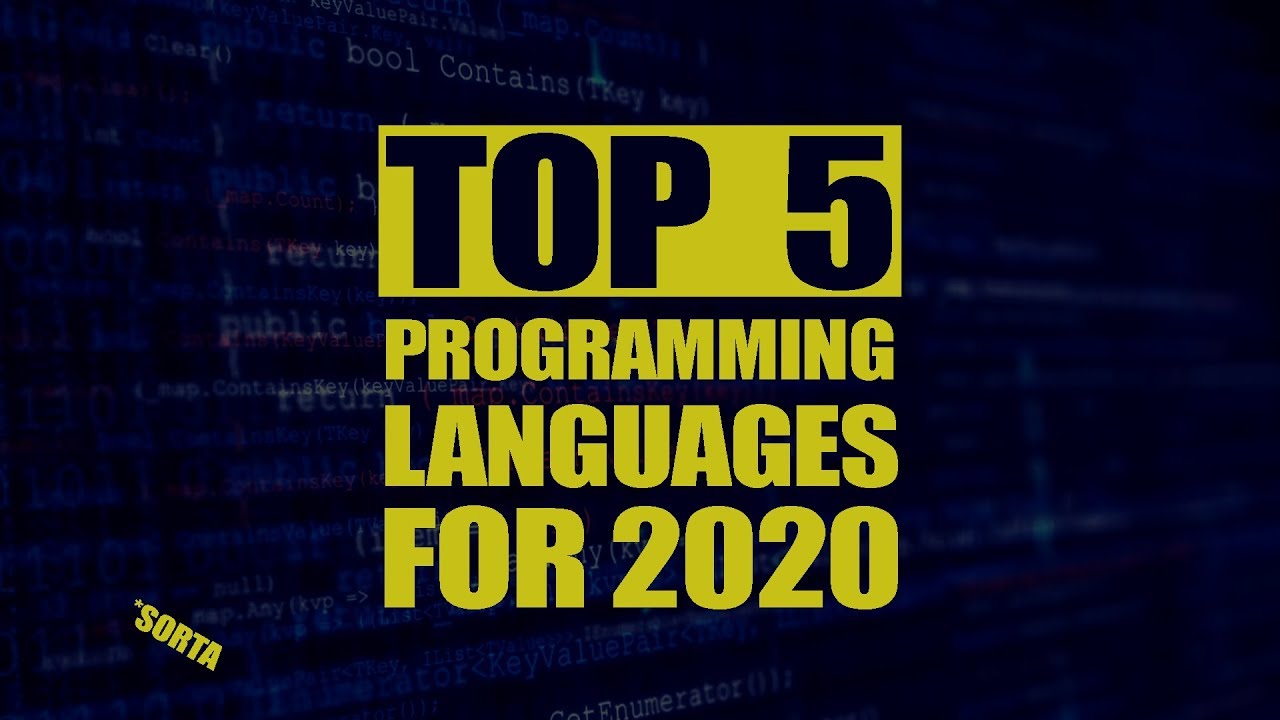 I hope you all are liking our previous udemy courses. many of ours followers were having confusion in which programming languages they should learn.

so today i am back with best programming language to learn in 2020.

Programming is one of the most lucrative careers nowadays. There is a great need for good programmers in the coming years. As we can see that technology is changing considerably after every year.

So, the important question is which programming language has the highest scope in the future and why you should learn it.

Most of us are learning programming languages ​​that are outdated and have no scope even in the future.

If you are already familiar with programming languages, which are in high demand, then the conditions will be quite favorable for you.

How easily you can make money with it – This is also the most important criterion, as you should invest in learning skills, with which you can easily earn money. So, our list is also ranked by highest paid programming languages.

Python is a multi-purpose programming language. The Python is widely used for web development and data analysis. The Python becomes so easy with data analysis that you can build a neural network or machine learning model without knowing the algorithm and mathematics behind it.

Social media platforms such as Instagram and Pinterest are built on Python. Therefore, Python will definitely accelerate in 2020 and you should learn it.

There are many frameworks and libraries available for Python. This makes programming a lot easier, because you don’t have to build things from scratch. You can directly call the particular library or framework you want to use, by which the process of software development becomes faster and easier.

There is a large community support for Python. So, while learning Python you will not face a lack of resources. If you get stuck in a problem, 1000 solutions will be available for you.

Python is also used in data science, artificial intelligence and machine learning. Python has a large set of libraries or frameworks that make data science, AI, and ML very easy. This is why, Python is very popular among data scientists.

Python is also popular for web development. Python has a framework called Django, which makes web development very easy.
Salary – The average salary of a Python developer in the india  ranges from approximately ₹ 7,92,511  per year .

JavaScript is the ubiquitous language in the web. It is not only used in the front end but also in the back end. Nowadays, JavaScript is also used in machine learning, application development and game development.

JavaScript has the number of libraries available which makes development much easier. The most popular code editor is the creation of JavaScript using “VS Code”. Therefore, it is the most resourceful programming language you should learn in 2020.

There are abundant jobs available for JavaScript developers. When it comes to job opportunities, JavaScript is one of the most demanding programming languages. So, if you are good with JavaScript, you will not face any job shortage in future.

There is a huge community support for JavaScript. So, you will get lots of free online tutorials for learning JavaScript.

Salary – The average salary of a JavaScript developer in the india  ranges from approximately ₹4,48,257  per year .

ava is the object oriented Programming Language. It is the language which is heavily used for Android Development. Java is used for server side scripting as well as for Application or Software Development.

Java has a great community support as well. There are number of free resources available for you online, if you want to learn Java or Debug your Java code.

Java is API rich Programming Language. So, there will be abundance of API’s available for you, when you program in Java. This will make your Programming journey much easy and fast.

Java is one of the most demanding Programming Language. Java is used on all platforms, whether it is Mobile, Desktop or Web. So, the need of Java Developer automatically increases as most of the business or companies are using Java in their core technology.

There is also a great community support in Java. If you want to learn Java or debug your Java code, then there are free resources available online for you.

Java API is a rich programming language. Therefore, when you program in Java, you will have a plethora of APIs available. This will make your programming journey much easier and faster.

Java is one of the most demanding programming languages. Java is used on all platforms, be it mobile, desktop or web. Therefore, the need for a Java developer increases automatically because most businesses or companies are using Java in their core technology.
Salary – The average salary of a Java developer in the india  ranges from approximately ₹ 5,36,574 per year .

C and C ++ is one of the most powerful and fastest programming languages. Therefore, C ++ is widely used for game development because a small delay in the game can ruin the entire gaming experience.

C / C ++ has a great community support. During your learning process, you will find a lot of C / C ++ tutorials very easily.

C / C ++ is the most efficient and fastest programming language. Like C / C ++, memory management becomes very easy. This is why most popular software and games are built with C / C ++.

Most operating systems are built using C / C ++. So, if you know C / C ++, then you will know a lot about the operating system and how it works.
Salary – The average salary of a C ++ developer in the india  ranges from approximately ₹ 4,70,567 per year .

Go Lang is one of the modern and popular programming languages ​​nowadays. Golang is managed and maintained by Google. In some instances, Golang is even better than Python. As Google has made it full of resources and easy to read syntax. In the future, Google will also use it in most of its projects.

Golang is known for its performance and efficiency. Golang’s performance is similar to C / C ++. So, if you are looking for a modern programming language with high performance, then Golang is for you.

The syntax of Golang programming language is very simple. It is also easier than Python and JavaScript. So, you can easily read, write and keep your code.

Golang is supported by Google. Since Google is the most trusted tech company, if you are using Golang then you will not face any stability issues.
Salary – The average salary of a Golang developer in the india  ranges from approximately ₹ 5,87,126 per year .

The importance of a re-programming language depends entirely on the purpose for which you are using it. For example – if you want to do web development, then JavaScript would be more suitable for you rather than going with C or C ++. Therefore, first choose the technique that suits you best, then choose your programming language wisely.