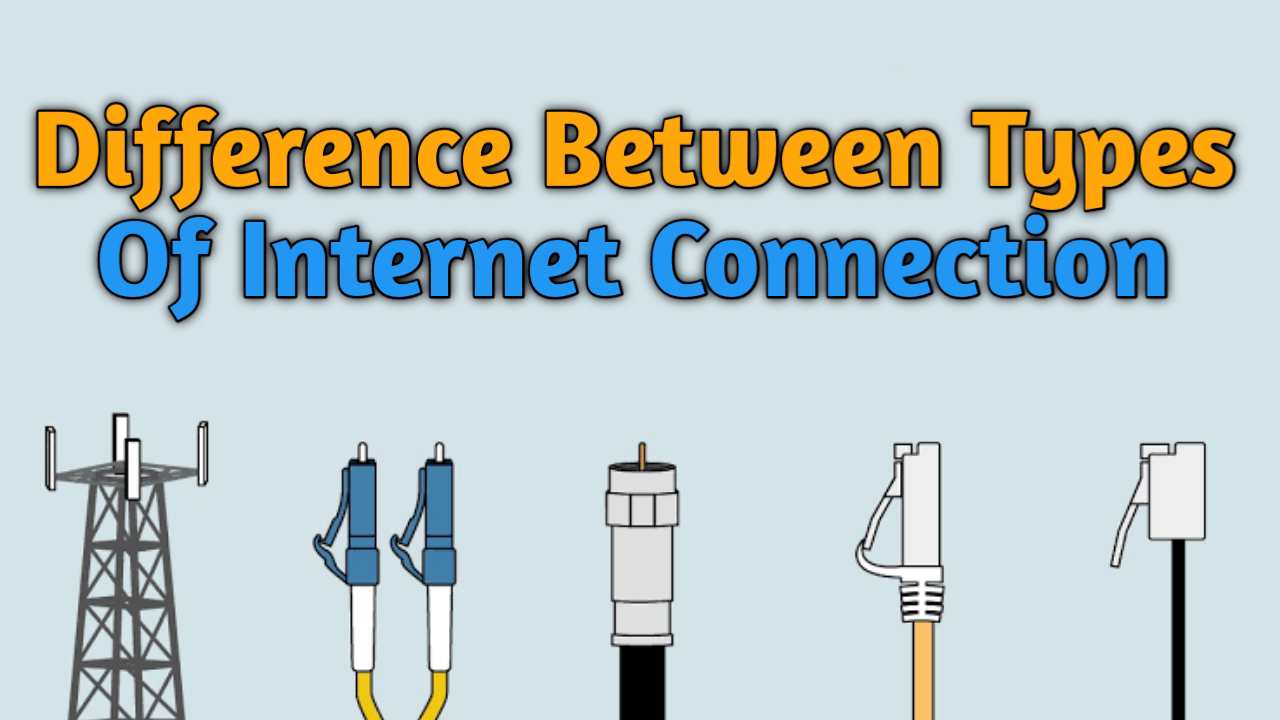 Types Of Internet Connection, There is probably nothing compared to the internet when it comes to the fast growth of the influence of a phenomenon on the human race. Not only are the number of people using the internet increasing but the number of hours they spend on the network is also increasing. Day by day, new apps and programs pop up that either make people’s lives easier or more joyful.

With its increasing presence in our lives come a lot of questions. At one point, every individual will be made to decide which service provider best fits their needs. While many just go for the cheapest option available to them, many others have a preference for a specific type of internet. If you are one of those people wondering about the Types Of Internet Connection that best compliments your life, this blog is just for you as you will be exploring all the different types of internet available.

This paragraph is more to bring back old memories than anything else. Although it is definitely the slowest and most probably the least reliable, dial-up internet still deserves a mention. Billions have used it to connect themselves to the rest of the world. If you are part of Gen Z, try asking your parents about it; they will definitely have good things to say.

The DSL is the successor to the dial-up technology used widely in previous decades. Like dial-up, it also relies on phone cables for the transmission of the internet. However, in this case, the wiring enables broadband transmission. Obviously, this enables DSL to transfer information at a much faster rate than dial-up technology. If you get DSL for your place, you will be able to get speeds anywhere from 5 Mbps to 100 Mbps depending on the plan you choose.

While a quality plan will cost you $50 for each month, you can get a plan with lower speeds for lower as well. DSL is offered all throughout the United States, in all fifty states. DSL was the most widely used internet service provider in the Organization for Economic Cooperation and Development (OECD) countries from the 2000s till the year 2019.

For example, Xfinity internet deals often feature television services as well. The high speed and the television-bundling option may very well have caused the rise of cable internet. Cable internet, like DSL, is available throughout the United States.

Fiber is the fastest-growing internet type in OECD countries. This is because of the very high speeds the fiber-optic lines allow. In fact, fiber internet readily allows speeds above 1000 Mbps. To put things in perspective, these speeds are ten times higher than those provided by cable and DSL. However, this latest technology isn’t available everywhere in the world. You will have to research a bit further on whether fiber is offered in your area or not. The high speeds also come with a high price tag; fiber internet deals are usually more expensive than cable or DSL internet deals.

Although it is highly accessible, satellite internet comes at the lowest speeds. This is because signals from Earth have to travel to a satellite and back. All i can say is don’t get angry at your significant other for responding slowly if they are in Antarctica!

The competition is really between the two most popular Types Of Internet Connection – cable intent and fiber internet. While cable is cheaper, fiber provides much higher speeds. Given the number of internet devices popping up, your internet consumption is bound to increase over time. This is why i believe it is more advisable to pay the additional price for high-speed fiber.

In the case that fiber-optic lines have not made their way into your town, the next best option you have is cable internet. Choosing your current television service provider as your internet service provider might be the way to go as that would facilitate bundling. Best of luck with your internet and everything else!